From Monday, January 25 to Friday January 29

300 high school students studying in French, on the Mainland BC, will gather on ligne January 25-29th for an unforgettable week full of entertainment.

Students will get together for one hour per day to attend conferences and workshops. Then at the end of the school day, they will have access to special video games with other students from the province!

This memorable experience will demonstrate to students that French is not just a school subject, but is also a vibrant culture that offers plenty of possibilities. Space is limited so register right now! 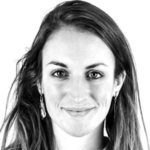 For any questions about the British Columbia Local Forum, please contact the coordinator at: cb@francais-avenir.org

Originally from Quebec, Mathieu Gingras obtained his undergraduate degree in history/geography from lâUniversitÃ© de Moncton. Passionate about the richness of cultures in Canada, he did a masterâs degree in public administration at the same university and became its director of student development and recruitment. 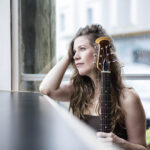 Aude Ray, whose real name is Audrey Houle, is a singer-songwriter from Quebec. Although her first performances took place in her hometown of Sorel-Tracy, she found her inspiration through her adventures in the West where she has been performing as a bilingual artist for over 10 years. In 2013, she won the Pacifique en Chanson contest in Vancouver and participated in Chant’Ouest, she wrote and recorded the album SirÃ¨ne which was released in 2014. She was then one of the first artists from across Canada to appear on Unis TV’s Balade in Toronto.  She then wrote the album Be my Home, released in May 2017, and toured Canada from west to east, as well as California where she wrote and recorded the song Remembering in Hollywood with local artists and renowned guitarist Ricardo Silveira from Brazil. She wrote, co-composed and produced the album Dreamcatcher in 2017-2018 between Montreal and Western Canada, and her tour extended to the 4 corners of the country in 2019. She continues today on the path of creativity with a new francophone music project written in Montreal in winter 2019-2020.

To register and participate in British Columbia Local Forum, please communicate with the event coordinator. She can be reached at: cb@francais-avenir.org

Thank you to all of our sponsors: