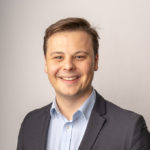 Originally from Hampton, New Brunswick, Mr. Boudreau can trace his origins back to the Acadians deportations from 1755 to 1764. Born in Alberta to Nova Scotian parents, he attended French immersion school until Grade 6, then decided to study entirely in French at the Samuel-de-Champlain School Centre.

At the age of 16, his passion for Acadian and Francophone culture was illuminated by a trip to Lafayette, Louisiana, for the Great Acadian Revival. Two years later, he became the President of the FÃ©dÃ©ration des jeunes francophones du Nouveau-Brunswick and of the FÃ©dÃ©ration de la jeunesse canadienne-franÃ§aise (FJCF).

As president of the FJCF, Mr. Boudreau represented French Canadian youth at the Sommet de la francophonie internationale in Dakar, Senegal and before Senate of Canadaâs Standing Committee on Official Languages.

Following his term at the FJCF, Mr. Boudreau became a parliamentary trainee in the House of Commons. He worked closely with government and opposition MPs, while developing his knowledge of parliamentarism in Ottawa, Quebec City, Iqaluit, Brussels, London, Belfast, and Washington, DC.

Mr. Boudreau holds a Bachelor of Philosophy in Interdisciplinary Leadership from the University of New Brunswick and lives in Ottawa, Ontario.